Previous
Next
Small satellites weighing less than 50kg with a dimension of smaller than a laser printer has become popular in recent years due to the reduced cost and developmental time. They have opened up space as the next frontier for civilisation and is part of what the industry has coined as “New Space”, which refers to the increased accessibility for commercialisation in space and the recent boom in the nano- and micro-satellite industry. These satellites are used by universities across the globe, governmental space agencies such as NASA and commercial companies for space science experiments and commercial applications. On 15 Feb 2017, the India launch vehicle PSLV-C37 successfully lifted 103 of such satellites with 96 of them are for commercial use. NASA had sent 2 of such satellites to Mars in 2018 while the commercial company such as Planet Labs has launched few hundreds of such satellites. In the National University of Singapore (NUS), the Satellite Technology And Research Centre (STAR) is presently building five of such satellites to be launched in 2022 for formation flying, inter satellite communication and maritime applications. With a patented satellite bus design, STAR is inspired to be a world-class centre for advanced distributed satellite systems using multiple satellites flying in formation, constellation or swarm. In this seminar, a brief history of cubesat will first be presented. Some of our earlier satellite programs conducted in the Satellite Research Centre of Nanyang Technological University (2003-2016) while I served as the centre director will then be discussed. The satellites from these programs range from 0.3u to 6u (VELOX-PII, VELOX-PIII, VELOX-I, VELOX-II, AOBA VELOX-III etc) as well as two 100kg class microsatellites (X-SAT, VELOX-CI). Some of the innovative features will be highlighted. In orbit experiments from these programs include remote sensing, fault tolerant system, peak power solar energy tracking, model predictive control, radio occultation experiment, precision navigation, inter-satellite data relay system has been successfully demonstrated. In the subsequent part of the seminar, some of our latest effort in developing 12u to 125u satellites in STAR@NUS will be presented. The flagship program of STAR is a formation flying program with 3 sets of 12u satellites (Lumelite-1, -2 and -3). Its potential applications include collaborative sensing, tracking of assets such as ship or aircraft etc. Another 12u satellite program for maritime safety and communication program (Lumelite-4) using the VDES (VHF data exchange system) system will also be discussed. Finally, we will present the inter-satellite communication with high data rate program (Lumelite-5). All these satellites are under development and will be completed for launch in the year 2022 onwards. 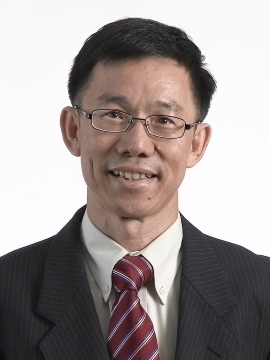 Kay-Soon is a Professor in the Department of Electrical and Computer Engineering, Faculty of Engineering, National University of Singapore. He is also the director of Satellite Technology and Research centre (STAR). Before his present appointment, he was the centre director of satellite research centre (SaRC) of Nanyang Technological University. He has worked in the academia as well as in the industry. He has successfully supervised 55 graduate theses and delivered 50 funded projects. He has served as Consultants to many companies and had a number of patents on nonlinear circuits, UWB systems, solar energy management system and imaging sensor. His present funded projects are in the field of satellite mission development.

He has been a senior member of IEEE since 2000. He received his PhD degree in Electrical Engineering from the University of New South Wales.