The theory of classical universal computation was laid down in 1936. It was implemented within a decade, became commercial within another decade, and dominated the world’s economy half a century later. This success story relied on the progress in technology. As computers become faster they must become smaller. The history of computer technology has involved a sequence of changes from one type of physical realisation to another, with smaller and smaller components.

The unavoidable step to the quantum level will be one in this sequence; but it promises something more exciting as well. It can support entirely new modes of computation that do not have classical analogues. At present it is not clear when, how and even whether fully-fledged quantum computers will eventually be built; but notwithstanding this, the quantum theory of computation already plays a much more fundamental role in the scheme of things than its classical predecessor did. I believe that anyone who seeks a fundamental understanding of either physics, computation or logic must incorporate its new insights into their world view. There is so much potential in this fundamentally new way of harnessing nature that it appears as though the age of computation has yet to begin! 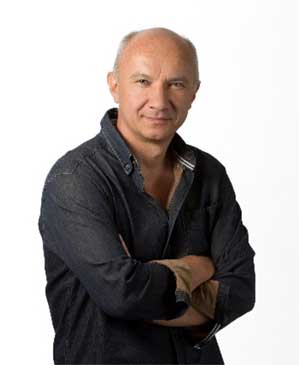 Artur Ekert is Professor of Quantum Physics at the Mathematical Institute, University of Oxford, UK, and Lee Kong Chian Centennial Professor at the National University of Singapore. He is one of the co-inventors of quantum cryptography, and his current research extends over most aspects of information processing in quantum-mechanical systems. He has worked with and advised several companies and government agencies. He is a recipient of several awards, including the 1995 Maxwell Medal and Prize by the Institute of Physics and the 2007 Royal Society Hughes Medal. In 2016, he was elected a Fellow of the Royal Society. Outside of the academia, he is an avid scuba diver and pilot.